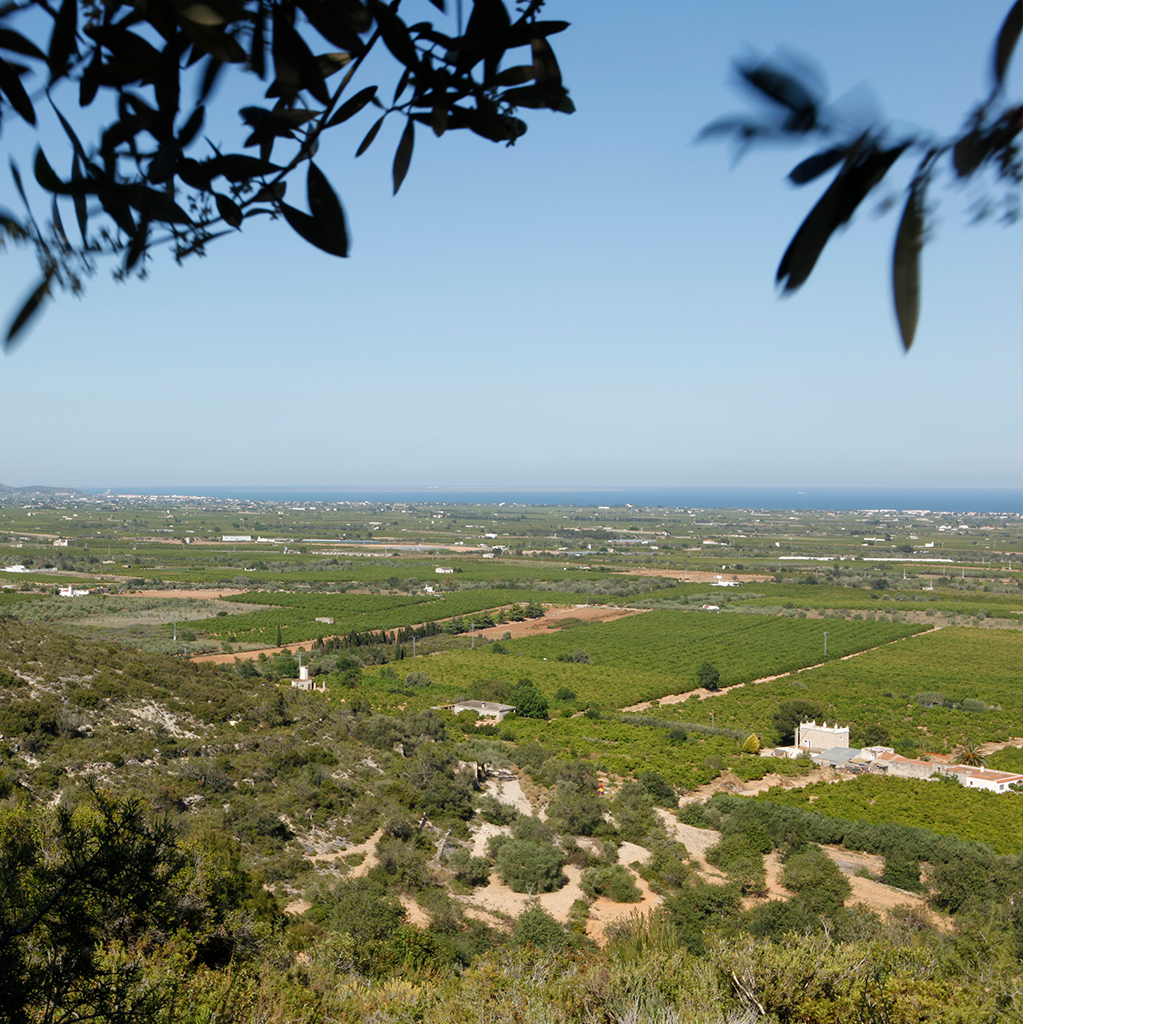 Vinaròs belongs to the province of Castellón and it is located 79 km away from the province’s capital, Castellón de la Plana. It is enclosed on the east by the Mediterranean Sea, while to the south it is bordered by Benicarló and Càlig; to the west it is close to Sant Jordi; and in the north to Ulldecona and Alcanar, towns that belong to Catalonia. Consequently, Vinaròs is the last town on the north coast of Valencia and it is also the capital town of the region. It belongs to the diocese of Tortosa, a town located 51 kilometres away in the north, where the headquarters is situated. The geographical area of Vinaròs is connected to the rest of the surrounding areas through the N340 and the AP7 motorways, which both go north, passing through Ebro Delta and continuing up to Barcelona, and south, following the coastline direction to Valencia. The N232, that runs from east to west, connects Vinaròs with Morella and Aragón, while the N238 is used to access the Mediterranean motorway passing through the inland villages and continuing up to Tortosa. We should also note the railway line from Valencia to Barcelona, which stops at Vinaròs’ station.